Showing posts from April, 2018
Show all

Battletech, A Steam Review Nobody Read 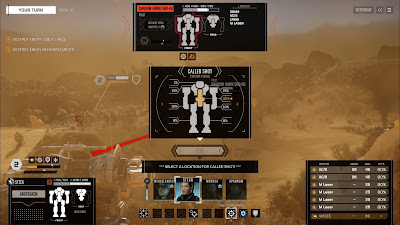 Finally, we get a big-budget version of Battletech that is, like the board game it was created from, actually turn-based. There is even an excellent treatment of the lore here, a retelling of how the succession wars came to pass, delivered in the form of cinematic action comics!  Harebrained Schemes' vision of Battletech is closer to the original strategy game roots than any game to bear the license before it...
...but it still deviates pretty heavily. There's a hundred little differences like:
Battlemechs no longer suffer the consequences of engine or gyro critical hits. No engine or gyro critical hits means a 'mech isn't out of the fight until it loses its pilot, both legs, or the center torso.Pilots now take guaranteed damage from getting their 'mechs knocked down or losing a torso.  However, pilots remain fully able until knocked out, and can get their "guts" leveled up to get more hitpoints. Auto-cannons do significantly increased damage.  They are …
Post a Comment
Read more 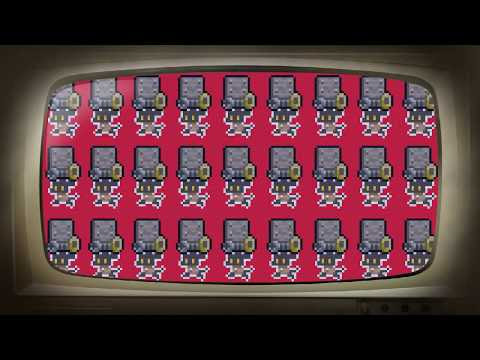 I found myself wandering far afield of my current entertainment vestments this week.  Possibly a move motivated by a bit of discombobulation from a minor head cold I seem to be fighting.

On the heels of a Rock Paper Shotgun recommendation, I gave Of Mice And Sand: Revised a try, snapping it up for a pittance on the Nintendo Switch.  Apparently it's been around the block a few times, initially released for the Nintendo 3DS in Jun of 2017, then in this year coming out for the Switch in January, and PC late March, and Playstation 4 early April.  Such industrious little mice!
I snapped it up soon after witnessing the appealing gameplay.

Of Mice and Sand basically takes place aboard a sand crawler that is displayed as a side view.  There, you can queue jobs up to be done such as processing scrap into resources or building facilities in empty spots of the crawler.  It owes a lot to Dwarf Fortress-style management games, everything you do creating another little task on an invisible…
Post a Comment
Read more

Not a lot happened this bizarro weekend.

Perhaps a bit of the honeymoon is over for Skyrim VR.  It's still an incredibly immersive game made even more so by a true 3D, head-tracking display and touch controllers which grant the ability to manipulate it.  However, it seems that when I really get a game this much, this old complaint of mine comes back: there's no real purpose.
For example, in Minecraft, you can build whatever you like and collect tons of things, but eventually it dawns on you this is a thoroughly uncaring virtual world where everything you construct and collect has no real significance.   It is a sandbox in the truest sense in that it's basically just a box of sand.  For a little while, at least, that's all the human imagination wants but, sooner or later, you exhaust your curiosity about what you can do with what's in the box, and move on to what you can do without.

Although Skyrim is a very different game than Minecraft, it's still a persistent…
Post a Comment
Read more 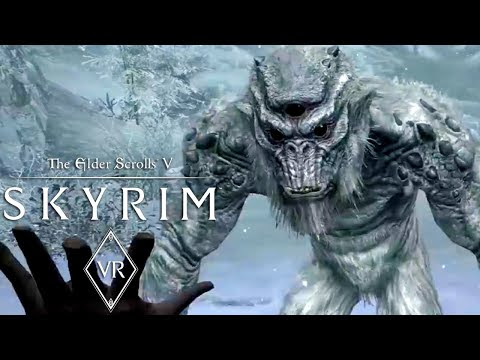 Skyrim VR turned out to be an excellent port of Elder Scrolls V: Skyrim, not only universally compatible with both the Oculus and Vive hardware, but with a pretty smoothly executed interface that was completely free of most of the weird bugs that showed up in Fallout 4 VR.
Speaking as somebody who probably spent close to 1,000 hours in the non-VR version of Skyrim, the VR experience has indeed done much to refresh the game.  Various experiences include:
The ability to pick up things in Skyrim and throw them with a touch controller, while not quite as kinetic as some implementations I've experienced, still makes things feel a lot more like you've been there.  Looting feels more like looting, with my throwing the poor value targets behind me in order to avoid accidentally picking them up.Casting spells takes on a whole new dynamic when you have to aim a fist at what you are casting on.  Having a fist full of lightning is great for that Emperor Palpatine experience.  Even casting …
Post a Comment
Read more
More posts