Showing posts from July, 2018
Show all

When The Sky Is Not The Limit 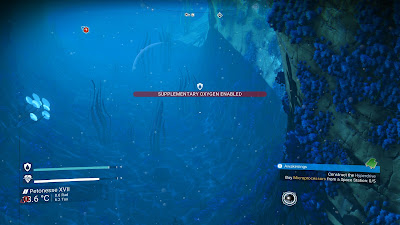 As predicted, this week went to No Man's Sky's new NEXT update (version 1.5).  It's a big,big update that raises the bar on a game already vindicated from a disastrous launch, though your mileage may vary.
Regrettably, after three solid days of play, I do not have a whole lot to show for it.  Part of this is because it is a huge game, one designed to support hundreds of hours of play.  However, save game corruption claimed my first 14 1/2 hour game, and that may have played a larger part on that.  A fix is already out, but it has not rescued my dead save, so lets call that a work in progress.

I started over, and I guess the lost save was good practice, because I managed to make even more progress than I lost in about 6 hours into a new game.  Next hot fix, when my save is fixed, I'll have a bit of an existential crisis as to which to continue with now.

Since I have already spoken a few times about No Man's Sky, I wanted to approach discussing it this time in a littl…
Post a Comment
Read more 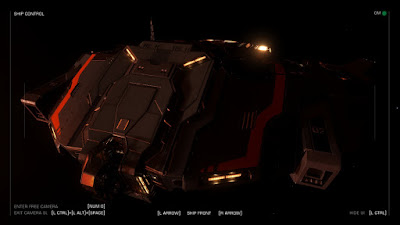 If a day job proves anything, it's that humanity can get over its dislike of monotony if the money is good.  So it is that another Bizarro weekend has unexpectedly fallen to Elite: Dangerous.  I didn't know I still had it in me!

It began where the last entry left off.  My newly-re-purchased and kitted out Krait Mk II was fairly likely to be able to beat anything man-made in a one-on-one basis, even the "big three," provided I was not up against another player.  I could thus tackle the entire bubble in solo play without fear.  Go anywhere, do anything!  What would I do with such profound power?
Missions, of course.  Due to their randomized nature, the mission board is a bit like an artistic drift, one that brings you out of your norms by offering a reward for doing an activity you might not have planned to otherwise.  An adventure, then, and a well-paid one! 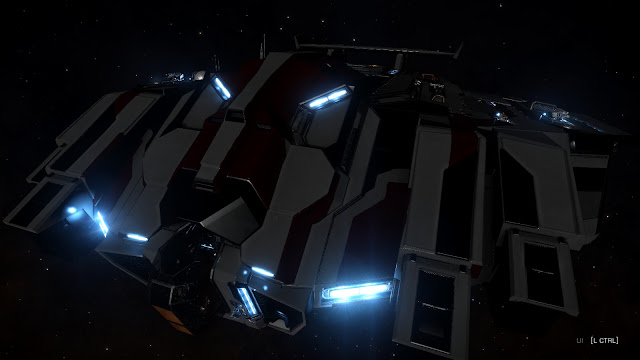 Another inadvertently wasted bizarro weekend, piddling away my opportunity to do game development ambitions in an experience whose appeal I can't quite put my finger on.  But then, Elite: Dangerous has always made me feel that way, looking glorious on the surface but being a supreme redundant grind in practice.  I really wish I could find a way to enjoy this game!

In my despair, I decided that I no longer cared about piloting my Anaconda, The Ordeal or saving credits towards an Imperial Cutter.  I sold it off, losing millions of credits in the process, but so what?  When you're so tired of a game that you don't even know why you're playing it, losing a bit of progress is a small price to pay in order to try to find a reason.
I needed that many credits to try out the Type-10 Defender, which turned out to be the loveliest of the ships I tried.  Though technically less multirole than an Anaconda, more of a combat-worthy cargo freighter, this specialization might have len…
Post a Comment
Read more 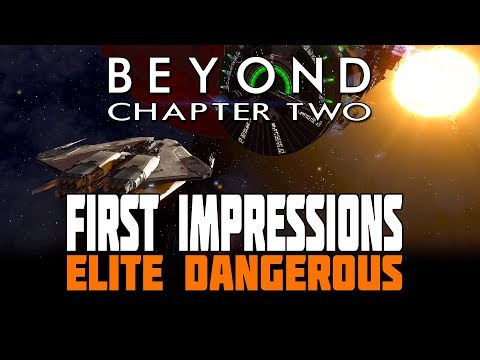 Though I intended to be a bit more productive this week, the holidays have a tendency to interfere.  At least I diversified my digital procrastination a bit, breaking up re-running the same early game Fallout 4 content for the 3rd or 4th time with a bit of Elite: Dangerous and Dying Light.

Revisiting Elite: Dangerous felt strange, bittersweet, yet not all that surprising.

Yes, Frontier has definitely been improving things, and I was happy to see that the materials have been changed to be a bit more manageable, you can even trade more common components for rarer ones now.

I spent some of the credits I had been saving for an Imperial Cutter for the newly-released Krait Mk II, and found the new ship to be a strangely generic choice.  Thanks to the inclusion of a fighter bay, even more than the Python, it can do a little of everything in the game.  The Krait also features a cockpit with a huge field of few, including two class-2 hardpoints located on both sides of the pilot's canop…
Post a Comment
Read more
More posts